The race for the base 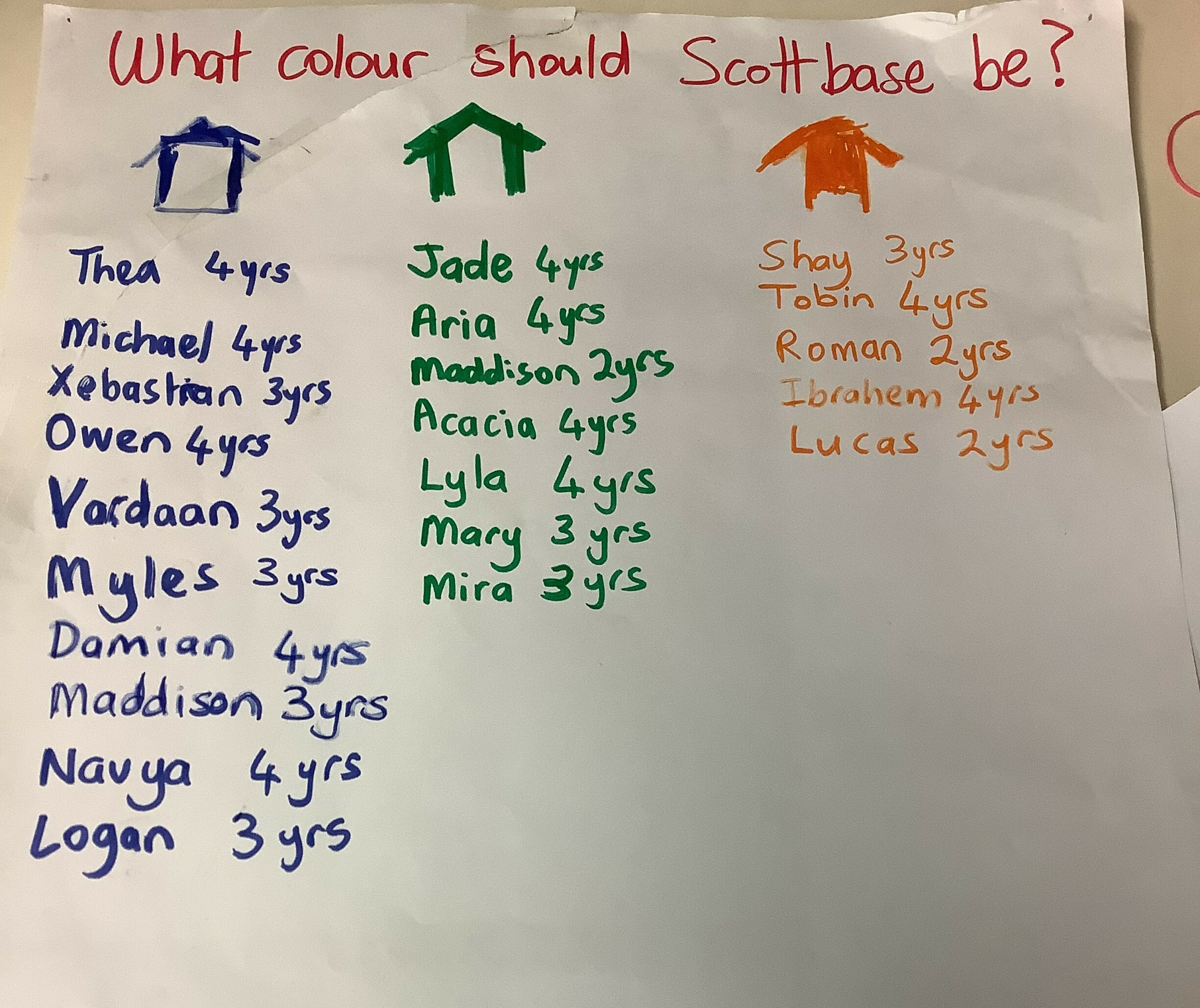 The final countdown is on, with only one full day left to vote for the colour of the new Scott Base.

Every vote is going to count because, in what could be historic upset, karaka/orange is closing in kākāriki/green, the colour which has graced the Ross Island research station since 1965.

As of today, about 800 votes seperate green and orange in what has become race of two colours.

In another trend, about every one in five voters is identifying Antarctica as their postcode. There’s only 16 people overwintering at Scott Base, so there must be some very clever penguins out there!

Have YOUR say at colourscottbase.co.nz

When the vote opened a month ago, green leapt into the lead. As the current colour of Scott Base, it’s the firm favourite of many Antarcticans. “Give me Chelsea Cucumber or give me death,” came an early tweet.

As comments poured in online, the devotees of green said the colour is a connection to our history, clean, pristine, humble and unique among Antarctic bases. It’s a reminder of home, life, ferns and our environmental stewardship of the continent.

“When you’ve been in the white for a while, you really miss seeing green,” comments one, and another: “Keep it green. Coming off the ice each night, seeing the buildings of Scott Base is such a welcoming sight.”

“Always good to have some green,” is how Lorde put it.

Quite a few have told us: “I’m appalled that you’re even considering anything else.”

But day-by-day as recent weeks went by, orange has been on the rise with the speed and traction of a Tucker Sno-cat.

“The original Scott Base was ORANGE. I painted it, so the planes could find the Base,” wrote in Robert D Pinker, 83, of Paeroa, once a 16-year-old sailor on HMNZS Endeavour. The crew helped build the original huts in Wellington, then transported the components to the ice in the summer of 1956/57.

“Two years later, the paint wasn’t fully dry in the cold, because it was oil-based,” he told us.

Orange’s fanbase says this colour is also part of Scott Base history - the colour of the Trans Antarctic Expedition and the original buildings. They say orange is an exciting, vibrant colour evoking magnificent sunsets and the penguins at Pram Point. And it’s warm as toast in a place where there’s heaters in the freezers.

Above all else, many say orange is the safest colour, inspiring passionate advocacy from those that understand the dark, harsh conditions.

That sentiment was echoed by many: “It will show up the best in a snow storm and help anyone find their way home.”

Languishing in third place, kikorangi/blue is also a colour.

The chance to shape history has brought out creativity and thoughtfulness from Kiwis about what our home for Antarctic science means. Hamilton West Kindergarten took an opportunity to teach two-to-four-olds about democracy, and what it means to vote (pictured above).

Other suggestions for the colour of Scott Base from New Zealanders have been varied and many: Orange with blue and green stripes, pink, bright red, all the colours of the Pride flag, black as a nod to Ralph Hotere, black with a kiwi, black with a silver fern and, “I’m thinking Spanish White. If you are really going to push out the boat out, maybe Arctic White.”

And if the Bird of the Year can be a bat, why can’t Scott Base be like a bird? DOC’s species recovery group suggests the orange-fronted parakeet, aptly named Kākāriki Karaka. “Is it too late to add a green AND orange option? It’s our rarest forest bird, and yet many New Zealanders have never heard of them.”

(There’s only about 360 of the parakeets left in the wild, about the same number of scientists and staff that live at Scott Base in a summer season.)

Honorary penguins, parakeets and all Kiwis can vote at colourscottbase.co.nz until midnight Tuesday.