Home › Media › News › From the coldest place to the toughest race

From the coldest place to the toughest race 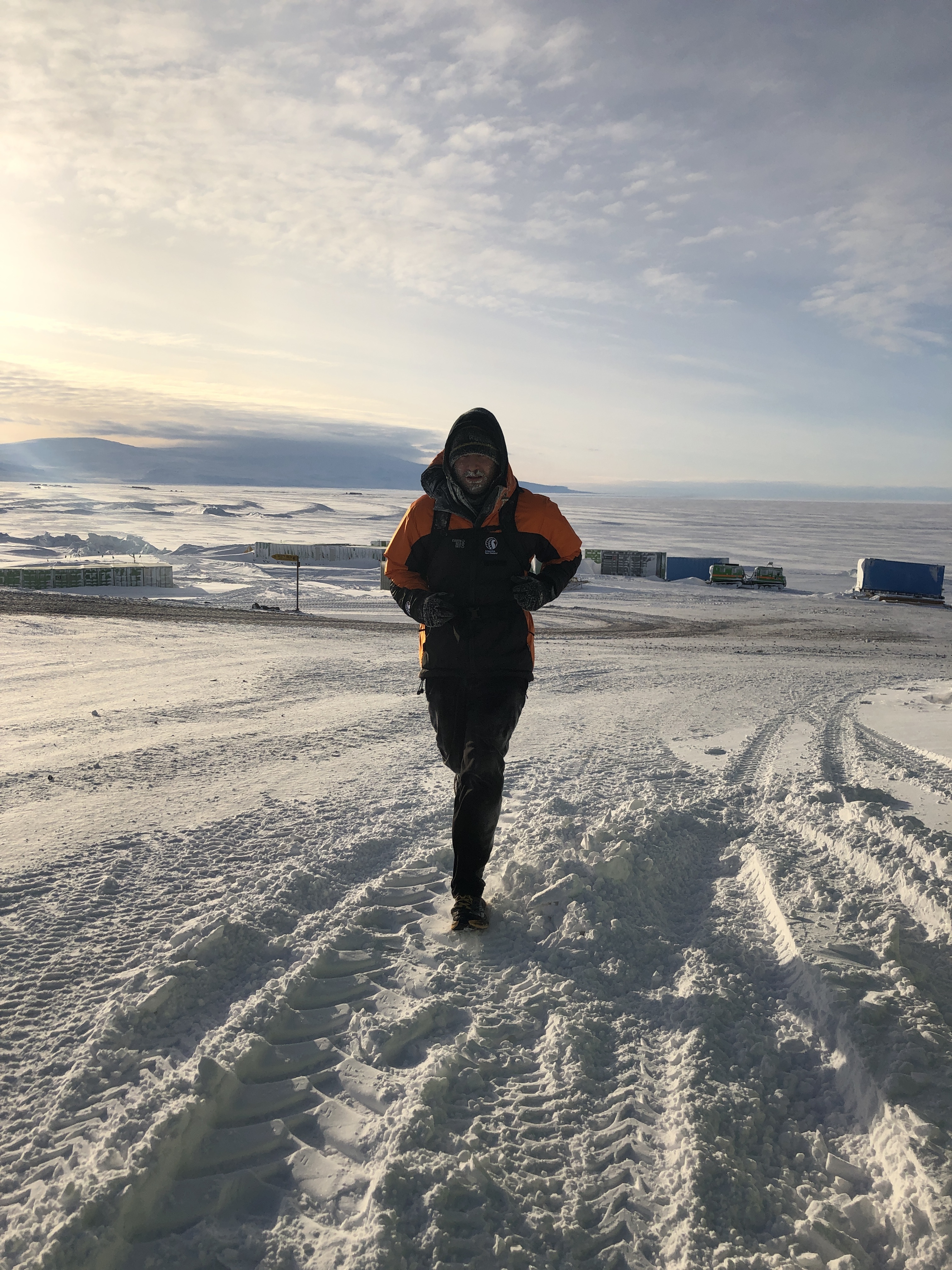 As if spending 13 months in Antarctica, wintering over at Scott Base and braving temperatures as low as -47 degrees wasn’t challenging enough, Joey Blatch has just signed up for one of the hardest endurance races on the planet.

Joey, Antarctica New Zealand’s Scott Base carpenter, has just signed up for the Revenant, a race around 200 kilometres through Blackmore Station on the border of Southland and Central Otago. During the course of the run participants ascend around 16,000 vertical metres - that’s more than four times the height of the largest mountain on Ross Island, Mt Erebus and almost twice the height of Mt Everest.

Antarctica in winter isn’t the ideal training ground but he is making do.

“I’ve certainly spent a lot time in the Scott Base gym, I went for a run outside the other day but I had to come back after four kilometres because it was -31 degrees and my legs were starting to freeze.

“It’s taught me about layering though, how to keep myself warm and how many calories I burn when I’m cold which will help with the race,” he says.

The last long distance run he completed was the Ross Island marathon in Antarctica in January.

The charity is close to his heart after the recent difficult birth of his nephew.

“I’m blown away by how many children around the country are affected by heart conditions, and I know how hard it is for their families too.

“Although the race is going to be a huge challenge for me, it’s nothing compared to the challenge faced by Kiwi kids with heart problems every day – and I’ll be thinking of them when the race gets tough,” he says.

Joey returns to New Zealand in October, after 13 months in Antarctica.

For more information about his fundraising efforts click here