Scholarships 2022: Making a difference to microplastics, penguins and carbon cycles 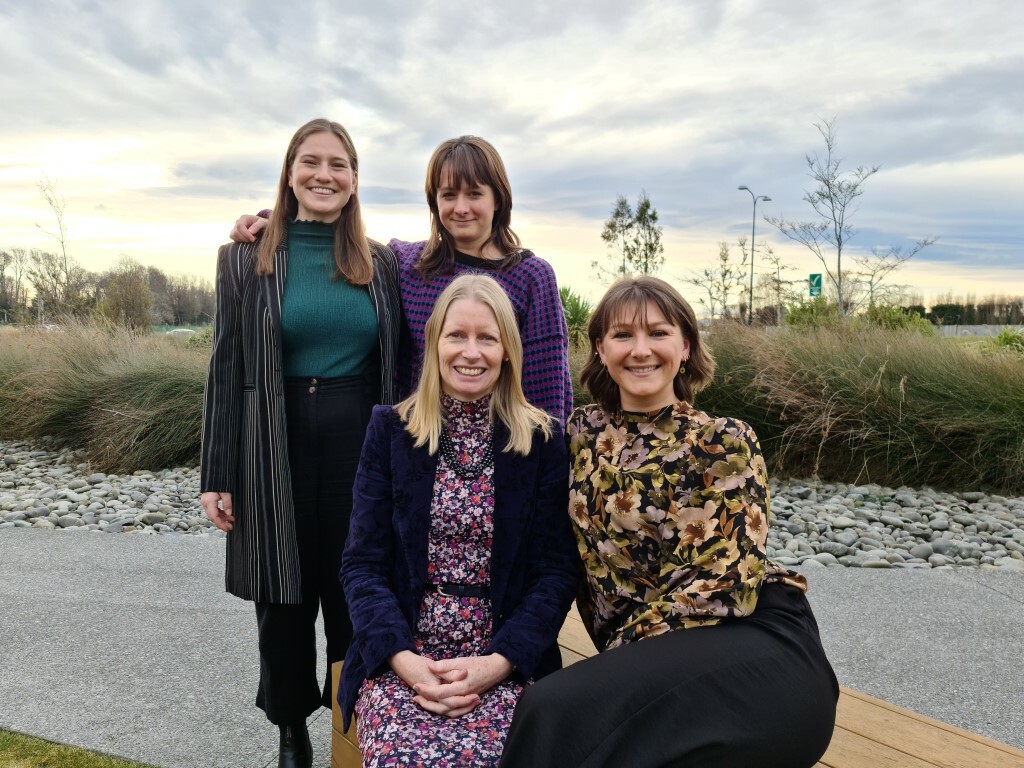 From microplastics and contamination in penguin colonies in Antarctica, to the role of sea creatures’ skeletons in the Southern Ocean carbon cycle, Antarctica New Zealand is thrilled to announce the three recipients of this year’s post graduate research scholarships.

"These Post Graduate scholarships are highly competitive, and each year we received numerous applications from some of the brightest upcoming Antarctic research stars," he says.

"We’re proud to support researchers during these early stages of their career, and hope that these scholarships will serve as a spring-board to support their research and career development.

"These young women are highly motivated to make a difference in the world, and bring about change for the better. Understanding Antarctica is essential to understanding what will happen as the world warms, and it’s great to support these emerging researchers to help answer the important questions of our time."

"Antarctica is a critical region of the planet and we’re backing the development of Aotearoa New Zealand’s expertise in polar science," he says.

Madison, from the University of Waikato, has received the New Zealand Post Antarctic Scholarship, which provides $10,000 in support of her Master’s degree research – investigating a darker side of dirty little penguins.

Despite the perception of Antarctica being pristine, the heavy metals such as lead, copper, mercury, chromium, cadmium and arsenic are being recorded in increasing levels. These and other contaminants enter Antarctic environments from near and far, coming from natural sources (like volcanoes) and man-made ones (like sewage outfalls, exhaust emissions and oil spills).

When penguins eat affected krill and fish, contaminants can build up in their bodies and then be deposited through faeces, animal carcasses, feathers and eggshells. Madison will work at Cape Bird where Adèlie penguins have nested for centuries - a 1m-high nest mound can represent one thousand years of occupation by the birds, a natural record of global contamination!

She aims to discover whether the penguin colony has itself become a source of contamination, with run-off from melting snow and glaciers spreading contaminants from the colony to nearby land and waters.

“There’s no place that’s safe from the effects of humans. I want to do research that makes a difference in the world. This scholarship opens up an opportunity, and it’s not something everyone gets a chance to do.

“As water melts from the glaciers and flows through the colonies, contaminants may be mobilising. I’ll be taking samples to see what’s moving, so we better understand the cycle of contamination.”

You can listen to Madison talk about her research in this Radio New Zealand interview.

Sofia, also from the University of Waikato, has received an Antarctica New Zealand Doctoral Scholarship, which provides $20,000 in funding over two years.

Her research will shed light on carbon dioxide fluxes in and out of the Southern Ocean, the world’s most important carbon sink, which takes up about 10% of carbon dioxide emissions produced by humans. This includes carbon incorporated into marine organisms’ skeletons; which, when they die, can be transported down to the deep sea where they are buried as calcium carbonate.

Southern Ocean marine sediments are silica rich, and recent research suggests that marine organisms using silica to form their skeletons (such as diatoms, sponges and radiolarians) play a significant role in the reverse weathering process.

Sofia’s project will analyse three sediment cores from the Ross Sea to help answer the question ‘are Antarctic marine sediments hotspots for the release of carbon dioxide?’

She says the rate of marine clay formation the Southern Ocean and subsequent CO2 release needs to be better understood, so it can more accurately factored into climate modelling that helps us to understand what will happen as the world warms.

“There’s an unconstrained carbon flux that we’re trying to quantify, and this is a novel approach that I’m excited about. There’s more silica in the Southern Ocean sediments than anywhere else in the world, and this is an opportunity to learn how this process works.”

Sofia spoke to the New Zealand Herald about her research.

Alex, from the University of Canterbury, has received an Antarctica New Zealand Doctoral Scholarship, which provides $20,000 in funding over two years. It enables her to expand on her masters’ degree research, which found microplastics in Antarctic snow for the first time – a discovery which made headlines around the world.

She will now be looking to gain a deeper understanding of microplastics in remote regions such as Antarctica. These small particles (less than 5mm in size) are increasingly being recognised as a significant global threat. They can move between the atmosphere, ocean and land, where they disrupt environmental processes, such as accelerating ice melt or acting as cloud ice nuclei in the atmosphere.

The project will use a combination of snow and air samples collected in Antarctica, as well as air and water samples collected from NIWA research vessel Tangaroa. This will allow her to advance our understanding of the distances airborne particulates can travel, where they come from, when they were deposited, sources of marine microplastics, and patterns in airborne microplastic concentrations.

Alex says the scholarship opens up the opportunity to continue to focus on Antarctica, and collect further ground-breaking field data. “There’s currently not much data available on microplastics in such a remote part of the world, so this will really expand the research area.”

The Press interviewed Alex about the next phase of her research here.

Find out Antarctica New Zealand scholarships on our website.