Home › Media › News › New building for science at Scott Base

New building for science at Scott Base 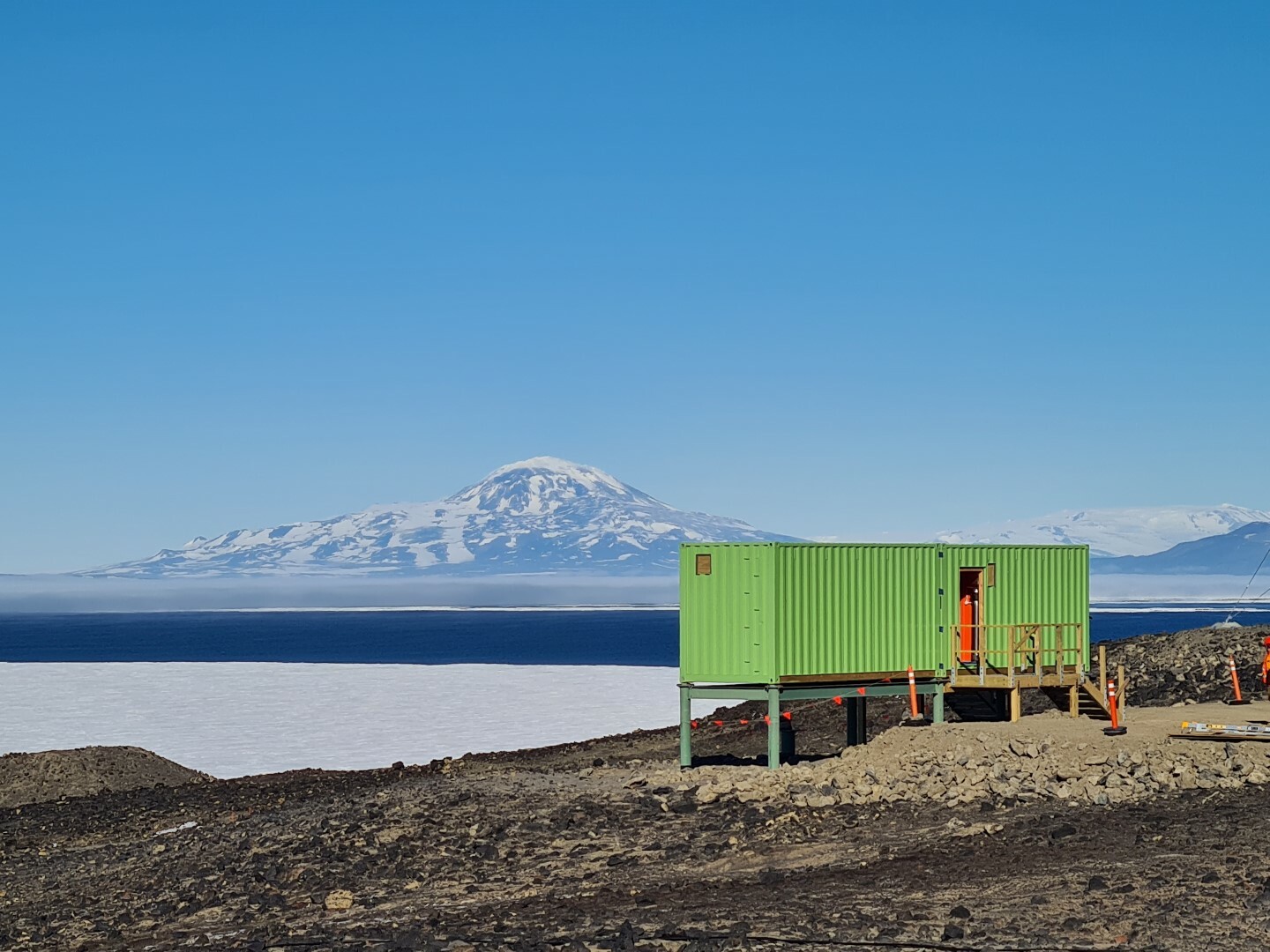 Sir Edmund Hillary’s legacy lives on as the first piece of the new Scott Base infrastructure is installed in Antarctica.

The small but mighty building will support several science experiments, some of which have continued uninterrupted since 1957 when Sir Edmund Hillary and his team set up Scott Base.

Antarctica New Zealand Chief Executive, Sarah Williamson, says scientists at Scott Base are working to answer some of the world’s most important science questions.

“This research informs policies that will help plan, prepare for, and protect the future. After receiving the funding and the Government’s endorsement to proceed with the redevelopment in 2021, it’s fantastic to see progress on the ice already being made,” she says.

“The new long-term science building is a great step forward for the Scott Base Redevelopment,” she says.

Looking out towards Black and White Islands, the new building will house the latest model of a very sensitive radio receiver (nicknamed ‘ChlOE’) tuned to measure chlorine monoxide - a key compound in the destruction of ozone. Scott Base is only one of three sites in the world with such measurements, ideally situated beneath the annually occurring ozone hole.

The building will also provide data logging support and power to a number of other experiments in the area, including a weather station, seismic experiment, geophysical monitoring using Global Navigation Satellite System (GNSS), and the AARDDVARK experiment which measures space weather.

The new science building has been constructed to endure the hostile Antarctic environment of extreme winds and cold polar temperatures and is elevated to help manage snowdrift.

Scott Base Redevelopment Project Director, Jon Ager, says the new base is being designed to facilitate world-leading science and will better support local and deep-field science with improved efficiencies.

"Constructing the new base had the potential to impact some of the long-term science experiments, so we needed to move these with sufficient time to validate data collected in the new facilities. Antarctica New Zealand and members of the science community have been working in partnership to relocate these experiments, and we can’t wait to see the results of our work,” he says.

The building sailed south on the HMNZS Aotearoa on her maiden voyage to Antarctica, courtesy of the Royal New Zealand Navy.

The Chelsea Cucumber green building pays homage to the existing Scott Base which will be deconstructed and returned to New Zealand after the new base is up and running.

A new ChlOE instrument will be installed during the 2022/23 summer season, after the new long-term science building has been commissioned. The new and old ChlOE instruments will run in parallel for a period of time to allow for cross-calibration.

The new long-term science building was designed by Hugh Broughton Architects, WSP, Steensen Varming, Holmes Fire, and ACOR, and was built and installed by Leighs Construction with the support of the United States Antarctic Program.