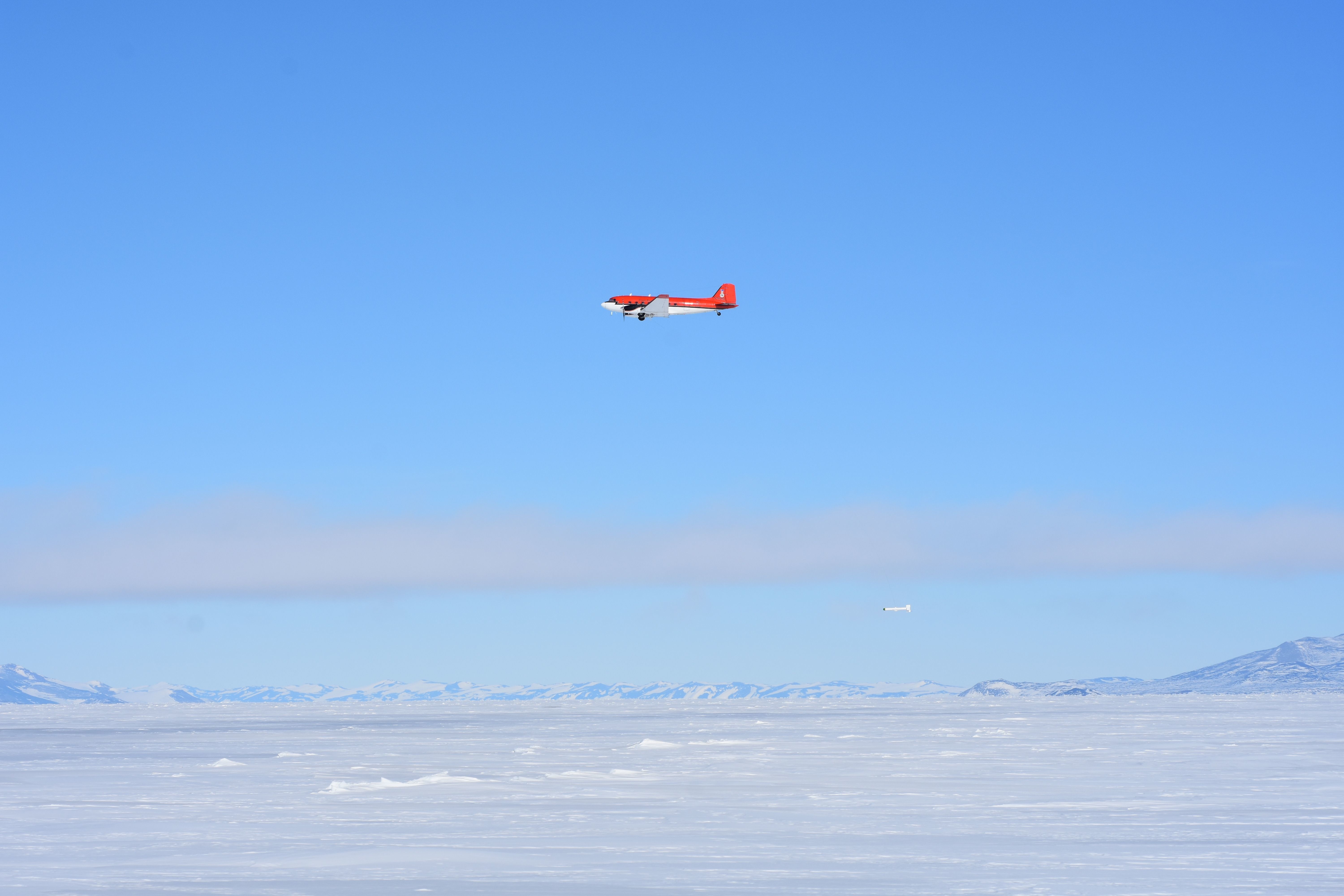 A Kiwi research team has, for the first time ever, used a fixed wing aircraft to measure the thickness of a huge area of sea ice in Antarctica.

This is a major milestone for understanding sea ice processes in a region of Antarctica known as the Western Ross Sea. Sea ice is ice that forms on top of the ocean.

The team, led by University of Canterbury Glaciologist Wolfgang Rack, has just published their findings in an articlein Geophysical Research Letters.

The researchers have identified an area of thicker-than-expected ice in the Ross Sea that formed as a result of wind-driven collision of sea ice masses. Studying these areas of where ice converges is important for understanding how sea ice is produced and how formation of sea ice changes circulation patterns in the Southern Ocean.

Associate Professor Rack says usually you would expect Antarctic sea ice to be around a metre thick on average, but in the region surveyed by the team, wind events greatly increase the thickness.

“We didn’t know how thick the ice was when we started out, we knew the area covered but not the volume, so its super significant to now have this baseline data. If we want to know if ice is thinning, we need to measure its initial thickness in the first place.

“On average, the ice was two metres thick, but at its thickest point, it was 16 metres thick.

“Sea ice is important because it reflects sunlight, insulates the warm ocean from the cold Antarctic atmosphere and its formation controls global ocean circulation.

“How Antarctic sea ice responds to a warming planet is a key question in climate science, and data sets are limited, this research will help place future change in context,” he says.

The ice thickness was measured using a Basler BT-67 (a modified DC-3) plane towing a piece of equipment called an EM Bird underneath. The EM Bird is a special instrument that measures the thickness of the sea ice below using electromagnetic induction.

The team measured a massive area of ice, around 800 kilometres, from Victoria Land to McMurdo Sound in November 2017.

“Sea ice is a key part of the Antarctic environment, but there is still so much we don’t know of how and where it forms.

“The more we learn about sea ice the better we understand the interactions between climate, ocean circulation and ecosystems in Antarctica,” she says.

This research was funded by the Deep South National Science Challenge and the Royal Society Marsden Fund, with logistics support from Antarctica New Zealand and the Italian Antarctic Research Programme.

The team are planning another trip to Antarctica next November to carry out the same measurements across a larger region, and the hope is, in future years, this can be done via satellite.