Better connected thanks to Antarctica 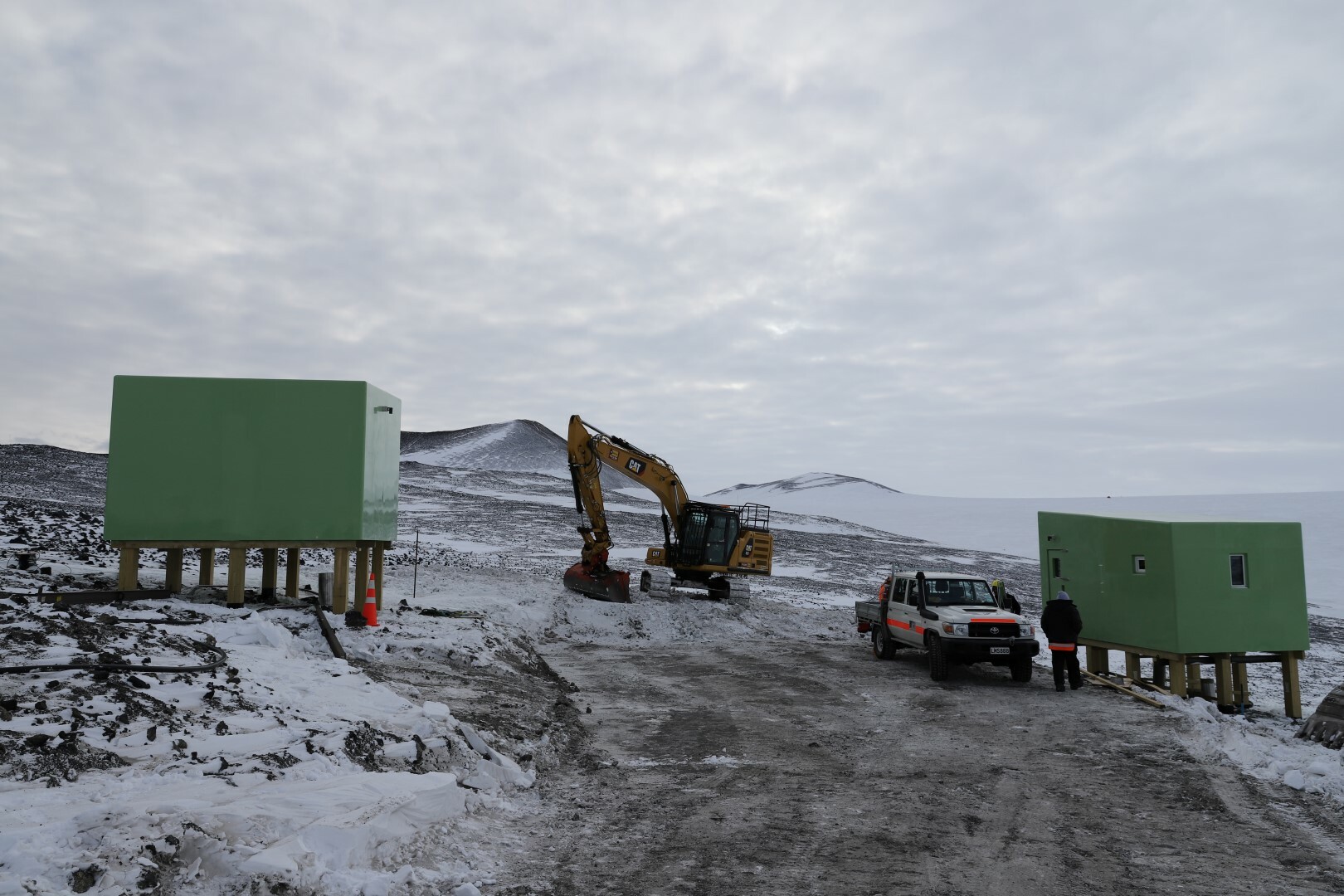 Not many Kiwis know that we connect to Antarctica every time we open a map on our phones – thanks to data collected by the Scott Base Geomagnetic Observatory!

As well as supplying data for smartphone orientation, geomagnetic measurements from Scott Base are used for air and ship navigation, monitoring space weather, aurora forecasting, and modelling the Earth's geological and geophysical activity.

A new geomagnetic observatory was installed last summer as part of the Scott Base Redevelopment project and has been collecting data for the past 6-months. It is operating in parallel to the current observatory which will be decommissioned this summer, allowing a year’s overlap of data.

The Scott Base Geomagnetic Observatory in Antarctica is one of the most important geomagnetic observatories in the world due to its proximity to the South Pole.

Operated by GNS Science, the Scott Base Geomagnetic Observatory has been running uninterrupted since 1957, when New Zealand’s only Antarctic station was established by Sir Edmund Hillary and his team.

Dr Tanja Petersen, Project Leader of the Geomagnetism Project at GNS Science, says the Scott Base Geomagnetic Observatory is part of a network of observatories around the world, known as INTERMAGNET, that monitor the changes of the Earth’s magnetic field over the long-term. Scientists can access INTERMAGNET and use this data for their research.

“The Earth’s magnetic field is a huge energy shield that extends into space and protects us from the solar wind - a stream of charged particles that bombard Earth. Without the magnetic field, the atmosphere as we know it would not exist,” she says.

Scott Base Redevelopment Project Director, Jon Ager, says the new base would have impacted the existing observatory at Scott Base.

“The buildings that will make up the new Scott Base will be made of steel – a kryptonite to geomagnetic measurements which need to be collected in quiet magnetic settings,” he says.

“A new geomagnetic observatory was needed to make sure the integrity of these nationally and internationally important data sets is maintained and accurate measurements continue.

“The new base is being built to secure New Zealand’s presence in Antarctica and world-leading science programme for another 50+ years,” he says. “It’s important that the work we’re doing to build the new base doesn’t obstruct the science we are there to support.”

Antarctica New Zealand and GNS Science surveyed Scott Base and its surroundings during the 2019/20 summer and found Arrival Heights to be the ideal location for the new observatory. Arrival Heights is located only 3km from Scott Base. It’s a magnetically quiet location and an Antarctic Specially Protected Area under the Antarctic Treaty.

In the ‘absolutes hut’ there is a DIM magnetometer that measures the absolute declination and inclination. There’s another proton magnetometer in this hut that’s used for absolute measurements.

The new geomagnetic huts were designed by Hugh Broughton Architects, WSP, and Steensen Varming and were built in Aotearoa by New Zealand Structural Insulated Panels (NZSIP).

The new huts sailed south on the United States’ Ocean Giant in February this year and were installed by a team from GNS Science, Antarctica New Zealand, and Leighs Construction with the support of the United States Antarctic Program.

The kākāriki /green huts will match the colour of the new Scott Base, as voted by the New Zealand public earlier this year.